The Top 5 Esports Teams Around The World in 2022

Esports is now pretty huge. Along with that, esports teams are now not just teams of five players really good at a particular game. Rather, esports teams have now become large-scale organizations with several revenue streams besides prize money. 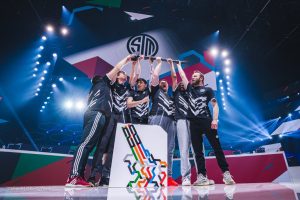 Being established in the September of 2009, TSM is one of the most successful esports organizations as of 2022. TSM is also the most valuable esports company for 2022, which is valued at a whopping 540 million U.S. dollars. TSM has been very active in 2022’s esports scene, performing quite exceptional in esports tournaments for several games.

TSM has been crowned the winner of the Rainbow Six Invitational for the year 2022. Not only that, but TSM also managed to acquire the second position in ESL One Stockholm and got a spot at the ALGS 2022 Championship. Throughout TSM’s career in the esports scene, the organization acquired positions in 781 tournaments, through which they earned a total of 9.2 million U.S. dollars.

FaZe Clan is arguably the most popular and most influential esports organization because of its social media presence. FaZe Clan was founded in 2010 as just a competitive Call of Duty team, and now, in 2022, it is valued at 400 million U.S. dollars.

One of their greatest achievements for 2022 includes winning the PGL Major Antwerp. After winning the IEM Katowice and the ESL Pro League Season 15, they have cemented their name as one of the top esports teams for CSGO in 2022.

FaZe Clan has managed to acquire positions in 510 tournaments. They won over 12.4 million U.S. dollars with these 510 tournament positions. FaZe Clan is also quite popular on social media platforms, attracting hundreds of millions of viewers. 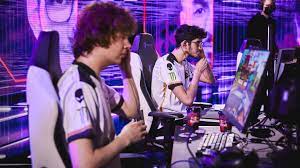 When talking about the top esports teams, the list is never complete without mentioning Team Liquid. It is the most respected and one of the oldest esports organizations. Team Liquid was established in 2000 as a StarCraft: Blood War clan.

However, Team Liquid has not acquired any major wins for 2022. Despite that, their performance in esports tournaments for 2022 has been really good. Team Liquid teams for Apex Legends, VALORANT, and Rainbow Six Siege have shown exceptional performances for 2022.

Team Liquid has acquired positions in a whopping 2216 tournaments, which is also the most positions for any esports organization. With these tournaments, Team Liquid won an outstanding 38.1 million U.S. dollars. Since there is plenty of time before 2022 ends, we can’t wait to see what they have in store for us. 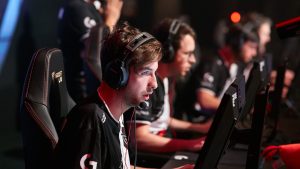 G2 is one of the top esports teams for CSGO, placing first in the leading S-Tier tournaments throughout 2016 and 2020. Post-2020 till 2022, G2 Esports has been placing second in S-Tier CSGO tournaments showing exceptional performance.

The estimated value of G2 Esports is around 340 million U.S. Dollars, which makes it one of the most valuable esports organizations of 2022. Not only that, but G2 Esports has acquired nearly 10 million U.S. dollars from positions in 564 tournaments.

Besides CSGO, G2 Esports has also proved to be one of the top teams in games like Valorant, League of Legends, Rocket League, and Apex Legends. For 2022, G2 Esports won the RLCS Winter Major and acquired a spot for the RLCS World Championship. 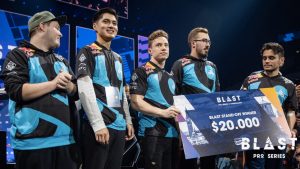 After being founded in 2012, Cloud9 has made a name for itself in esports scenes for CSGO, League Of Legends, Valorant, and Rainbow Six Siege, by placing first in several S and A Tier tournaments.

For 2022, the number of wins that Cloud9 has acquired is quite respectable. For CSGO, Cloud9 placed first in the Intel Extreme Masters XVII. For Valorant, Cloud9 placed third in VCT 2022: North America Stage 1 Challengers and first in VCT 2022: North America Stage 1 Challengers. Cloud9 has also made it into the finals for the Apex Legends Global Series Split 2 playoffs.

The teams that we have mentioned above are selected based on several factors. These factors include their performance history in esports, the total prize money that they acquired, the number of tournaments they acquired positions in, their net worth, and most importantly, their performance in esports tournaments for 2022. Since 2022 is not over yet, several other great teams may take the lead.