Later this year, the Brazilian city of Rio De Janeiro will host the country’s first CS:GO major, where fans will await the twenty-four finest teams in the game. The IEM Rio Major will be ESL’s 10th CS: GO major since the IEM Katowice in 2019. Previously, Brazil had the honor of hosting the 2020 ESL One Rio Major; however, the event was postponed owing to the COVID-19 outbreak.

The IEM 2020 will be the second major this year, following the PGL Antwerp, where FaZe Clan lifted the trophy. The event takes place between October 31 and November 13, where top players from all around the world will compete in an effort to bring home the prestigious trophy in addition to the $ 1 million prize. On top of that, the winners will move a step closer to the Intel Grand Slam, which is an additional $ 1 million prize for the 1st team that wins four ESL-organized events. 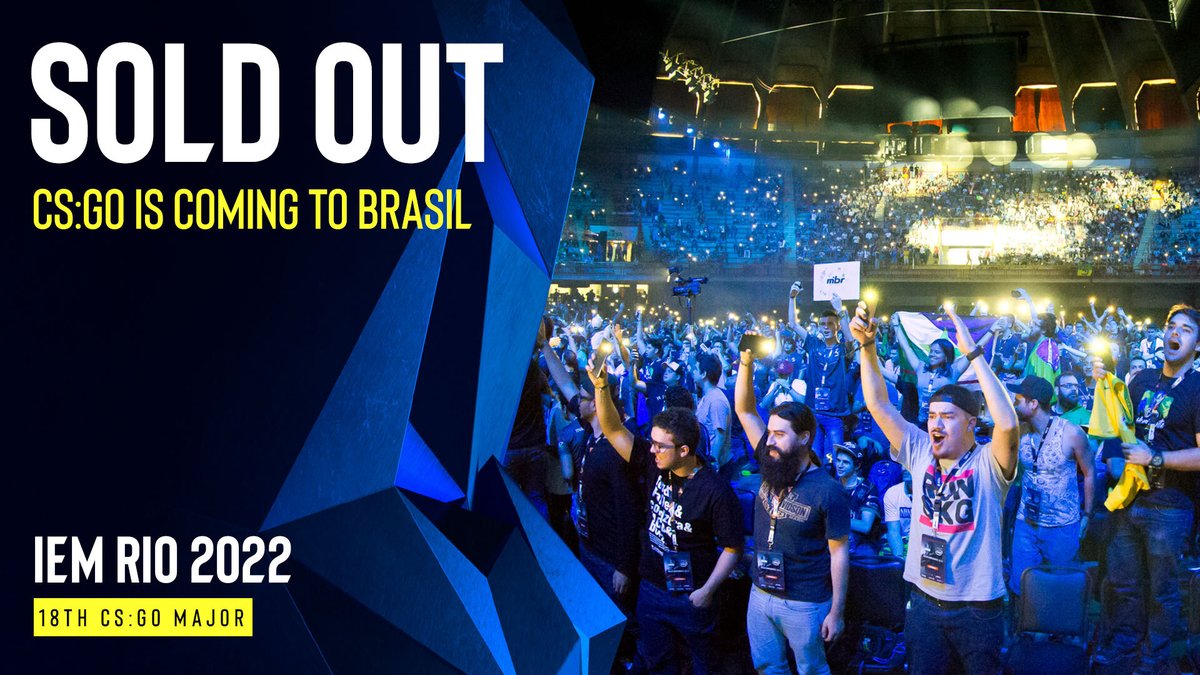 The initial stages of the tournament would be played behind closed doors; however, the Playoff stages will be played in front of a live audience at the Jeunesse Arena. The venue is known for hosting notable sporting events in the past and has a crowd capacity of almost 18,000 people. Indeed, this number doesn’t do justice to the passion that South American fans share for the game, and so the event was fully booked in a short period of time. Although, part of the reason was that the tickets for ESL One 2020 were valid for this year too. Hence, it was natural for fans and many players to demand that the event be moved to a much bigger arena, perhaps a football stadium. However, doing that comes with its own set of problems.

This year’s major will follow the same format that was used for the previous majors. Qualifying events are divided between regions, which will determine the Legends, Challengers, Contenders and teams that will participate at the grand stage. The qualification stage is called ‘IEM Road to Rio.’ A series of open qualifiers will come to a head, with the RMR series scheduled for October. The twenty-two open and closed qualifiers are divided into seven regions: Asia, Middle East, China, South America, North America, Oceania and Europe. All the qualifying matches will be a single-game affair followed by a single-elimination bracket. The final qualifying rounds will feature a best of three format.

For all seven regions, eighteen open qualifiers are scheduled to take place starting this August. In addition, the winners from each of the four regions: Europe, North America, South America, and all other regions (these regions, due to minimal changes in the format, are grouped) will compete in a double-elimination closed qualifier each. The winners will proceed to the Asia RMR, and only the two from there will earn a spot at the IEM Rio Major 2022.

ESL will surely look to take advantage of the Brazilian love for Counter-Strike. They are currently one of the biggest communities in the game, and there are numbers to back up this claim. The last major at Antwerp showed just that, with Portuguese streams being the second most watched for the event, with more than 700k peak viewership.

This IEM will surely do wonders for the South American gaming community and is an important event, primarily because it is the first CS: GO major to be held outside Europe or North America.