April saw a major flurry of activity in the Esports world from hosting to funding to hardware deals, here’s a few highlights. 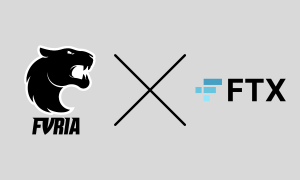